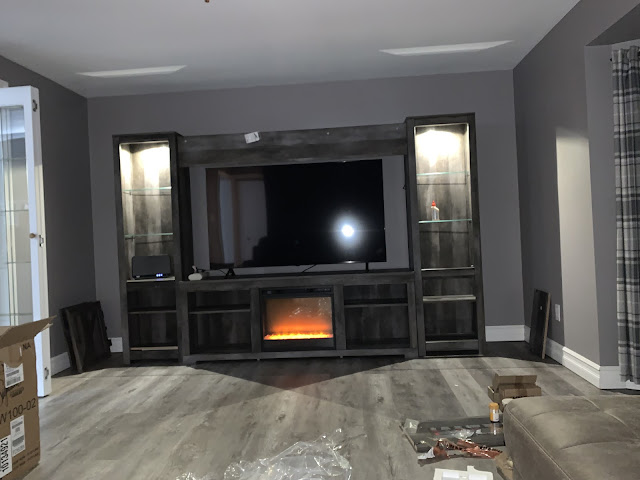 Our ordered furniture was delivered and we did have to fix up one of the shelves with broken a peg hole, but overall we are very happy with it. The couch is very comfortable and we now have enough seating for the next big social event.
I'm starting to think my tiredness & headaches is due to low humidity. Going to need to get a humidifier. The weather has calmed down a bunch but we're expecting a very cold snap this weekend. Low of - 20°C but just for one or two nights. Highs and lows back up over 0 by Monday.

We're going to have some folks over for a game night tomorrow, so I figured I’d get around to finishing the bathroom wall with some primer and paint. :-) 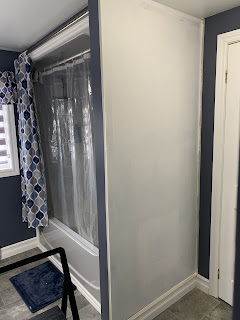 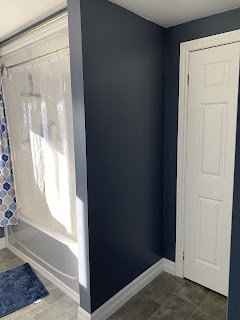 My Duolingo french lessons are going well. Not really anything to report on that front as it's not not quite been two weeks.

So the past few weeks I mentioned how it's been calm... The universe seems to have taken affront to that.

In the past week, a few things happened one after the other. I'm just thankful it wasn't all at once.

Our well pump flat out died in the middle of me doing dishes Wednesday night. I got in touch with our regular plumber and he promised to come out and fix it in the morning.

The new pump was installed quickly and easily Thursday morning, but the priming water didn't stay in the pipe... so the plumber had to go down into the well to hail out the pipe and replace the one way valve at the end of it. He said the one way valve going out might have been the thing that broke the old pump because without it, the pump has to work a lot more often. 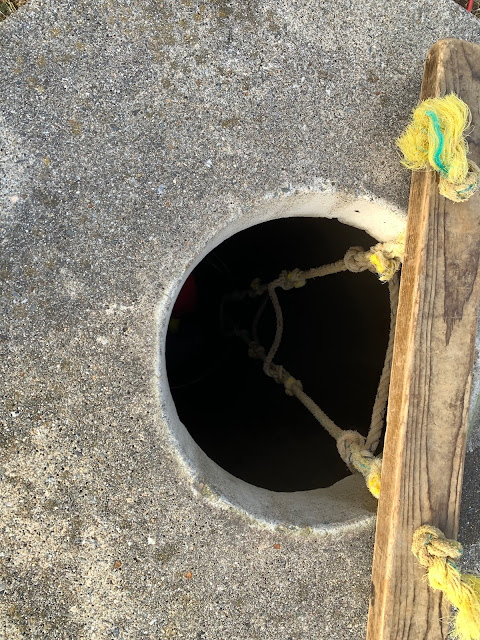 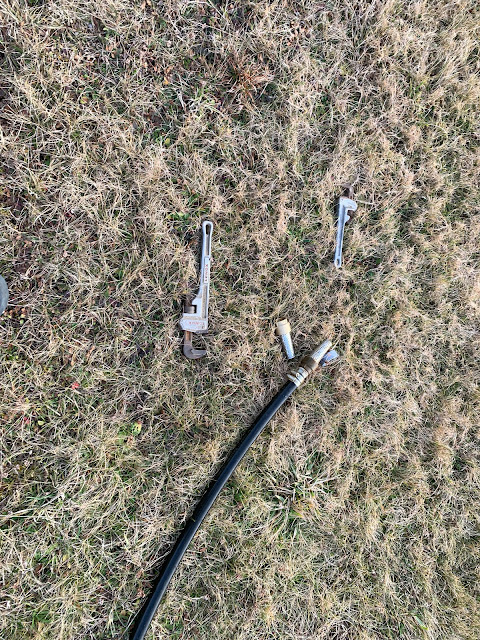 The new pump is a lot quieter and works well. I'm definitely happy that we got this sorted out and don't have to worry about it for years.

Friday Morning came with rain and snow, coating the world in slush. We were expecting rain, but it's gotta snow sometimes right? 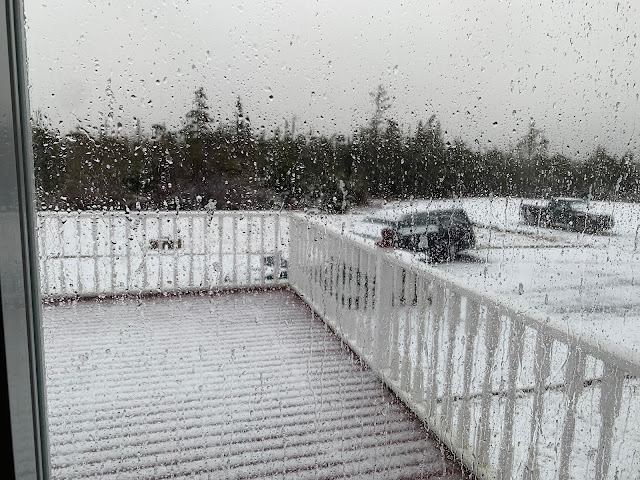 Saturday was cold enough for the view to remain snowy. The neighbours were mostly happy to see the snow since it's been pretty mild this winter so far. 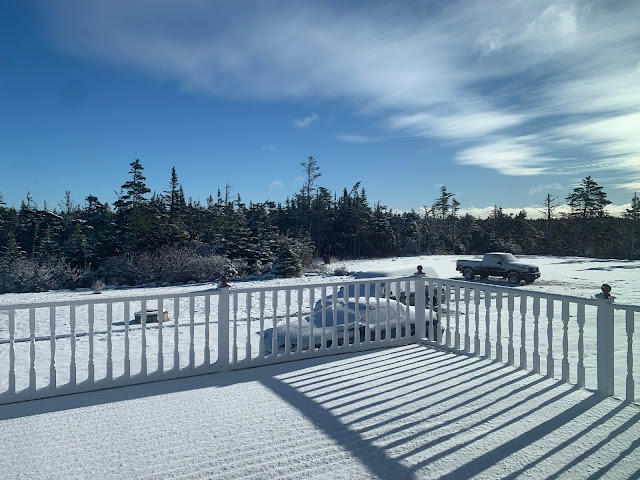 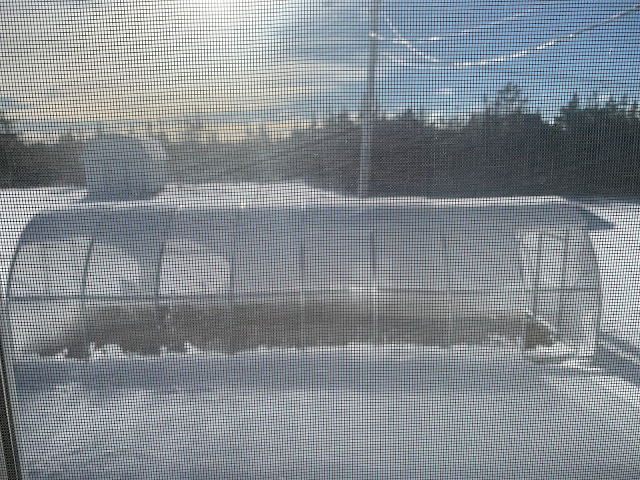 Sunday was nice and warm(10C) with lots of rain. The snow melted as the rain fell, and the front yard became a puddle again. Definitely gonna need to address that with some more organic matter in the soil and some thirstier plants. The puddles do drain within a few hours of the rain stopping so it's not that it's trapped water, it just infiltrates the tiniest bit slower than the rain falls during heavy rains. 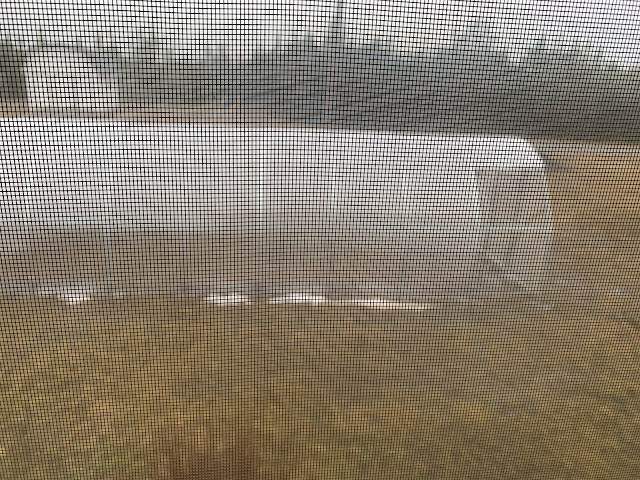 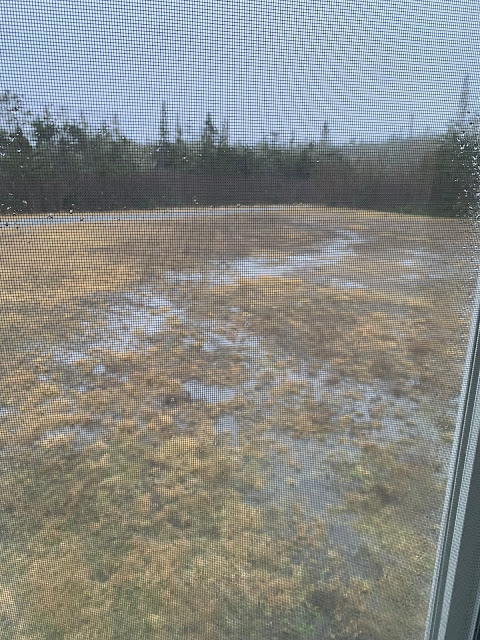 SO, Sunday night, I was feeling alright with the snow washed away and the grocery trip completed...
and then,
at 5pm,
the power went out.

Seems a transformer had exploded taking out the power for 1/2 the island. The power company estimated repair by 9pm. I had been just about to start dinner so we decided to go out and hope the power was back on when we got home. I kept an eye on the power company's site and they actually had it back up and running by 6pm but we were already 30 min from home so no point turning around without food in our bellies.

Generally, we've been good. Hugslut's still having fun with the Advent of Code puzzles and I've started taking French through DuoLingo. We've both been enjoying a new computer game called Slay the Spire, and are looking forward to our living room furniture getting delivered soon. I took a nap in the afternoon today because I'm feeling a bit run down. Might take it easy tomorrow too.

Puttering around the house 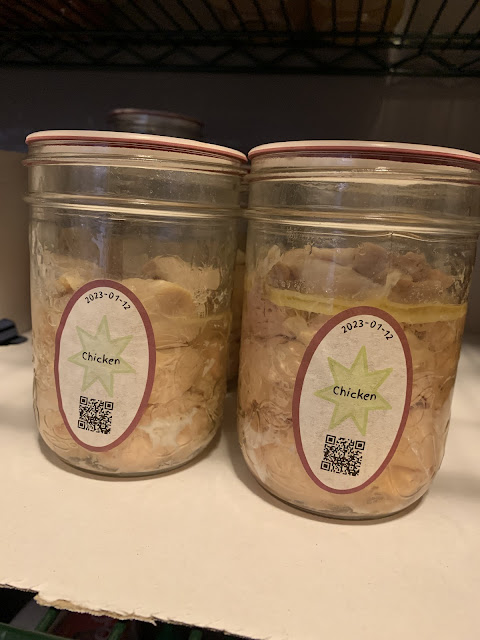 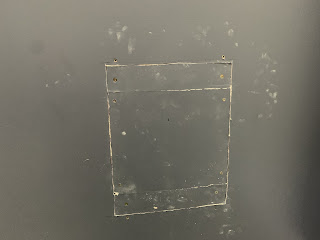 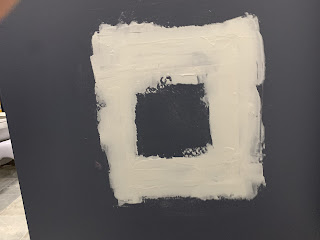 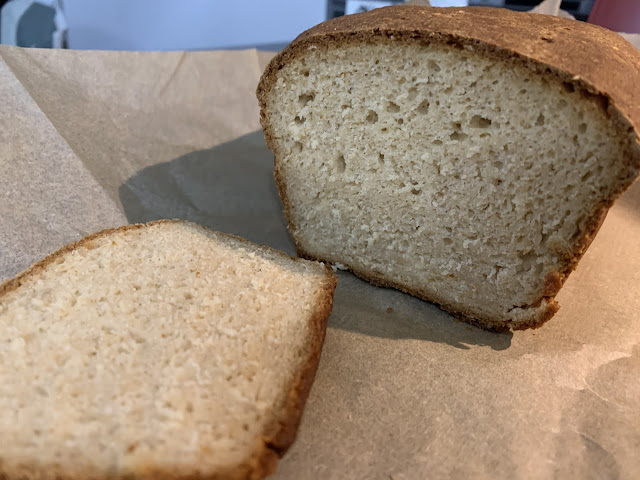 Made up the new canning label design for this year.  I figure if they're noticeably different each year I wont become that lady who dies with a bunch of 20 year old jars in the pantry.

I finally got around to patching up the gaping hole in the bathroom wall. Hopefully that will prevent a lot of the heat loss into the basement. There’s some sanding and priming to do before painting but at least it’s solid.

I even changed the wipers on the car. They’d only been waiting about a month. Lol.

Made some bread today and also took some cookies to the neighbours that have made an effort to keep in touch. I always make too much for the two of us and it makes me happy to share a smile.

As expected, January is not a busy time. A few video games, a few phone calls, but mostly just puttering around the house. Our tattoos are healing up fine and I've been listening to Diskworld audiobooks while keeping house. I've also taken advantage of a few sales at the grocery store to stock up the freezer and shelves with chicken and beef. Weather sometimes brings a bit of snow but it melts within the day. 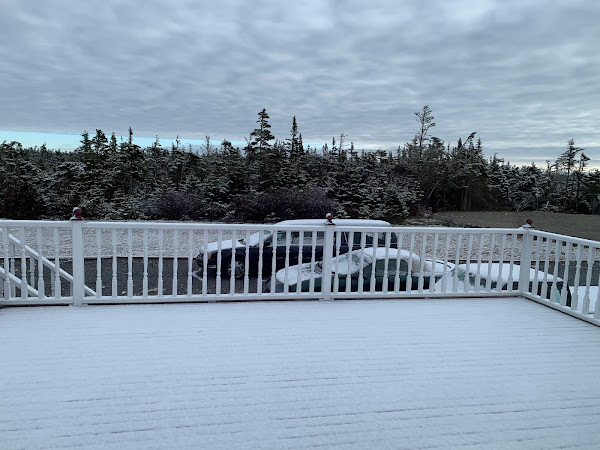 After a bunch of looking around online to get an idea of what we really wanted, Hugslut found a shop nearby with a couple TV stands and couches we wanted to see in person. We got a couch and a wall unit for the living room so we can relax together at night. Currently our only place to sit together is the bed and it's not really built for sitting. The kitchen chairs, and our office chairs, and the camping/deck chairs, aren't really built for two. The furniture we wanted weren't in stock of course so they were ordered and should arrive in a couple weeks. 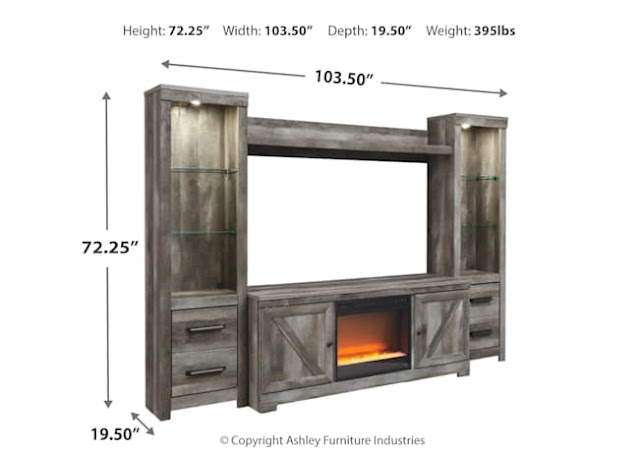