It's been a while so here's some garden updates. In September I got assigned a community garden plot that had been abandoned for 3 or 4 years. The weeds were 3 feet high and thriving. My garden neighbour said that last year she complained and they mowed it... once. 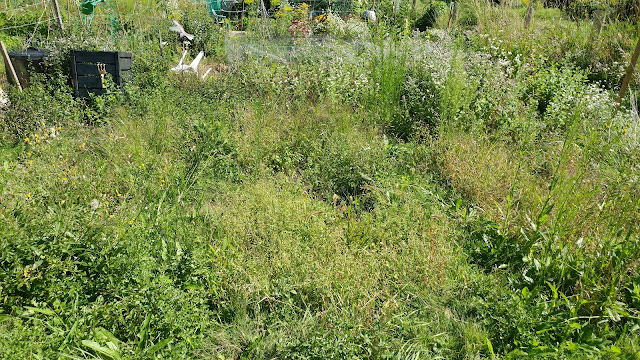 I went one day with some gloves, pruning sheers, and cardboard to start the no-dig garden process. It wasn't easy. The compost bin was upside down, the land had dips where rabbits or other small critters had dug in under the snow during previous winters, and a bunch of those three foot tall weeds were some sort of mint.

Here's how everything looked once the weeds were cut down, the compost in the bin was used to fill in the holes, the bin was reassembled right side up and filled with the chopped weeds, and then wet cardboard was put down over the whole thing. 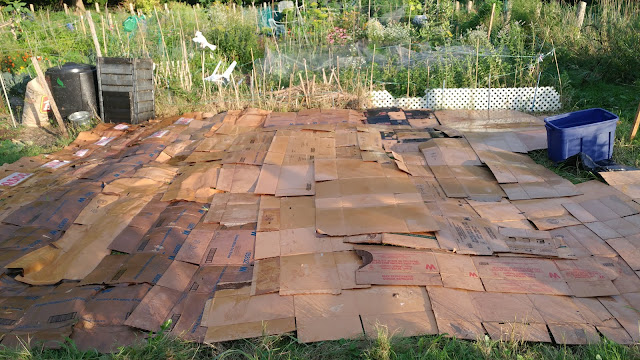 That's about it til I order seeds in January. I'll try to remember to post then.
at November 22, 2019