We had about 60 trick or treaters in the two hours we were in front of town hall. We had the lights on and the music playing for the whole two hours... so naturally the car wouldn't start when we were done.

A fellow in an orange jumpsuit tried to give us a boost but the hearse is fancy and we couldn't find the neg. so he gave us a ride home instead. We did some googling and some snacking and then texted a neighbour. He drove us back to the hearse and gave us a boost. To make sure the battery got charged up we went for a nice long drive.

While we were driving there were a LOT of smashed pumpkins on the road and we had to swerve to miss a cinderblock just sitting there for no reason. We also spotted a fire in the middle of a road and managed to carefully creep around it and then call 911 so they could put it out.
Tuesday was catching up on housework that had been put off by greenhouse and halloween. Wednesday I decided to take some action on the cases of empty jars multiplying on my shelves. 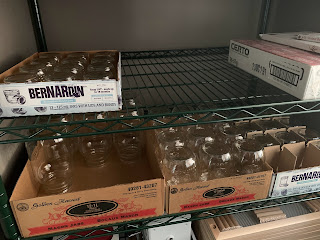 A long walk through town provided me with over a kg of rosehips, about 500g of crab apples, and 5 rose cuttings to start my own bushes with. 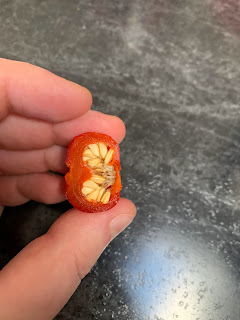 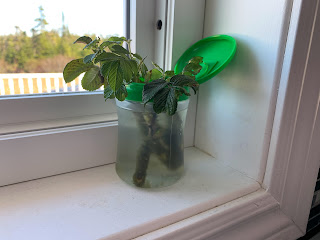 Making use of that abundance I made some Rosehip Jelly..... well... I tried to. It's not setting up so I'm going to have to fiddle with it. Last night, I also made some GF Pasta from scratch. It's really tasty and if early testing of the leftovers are concerned, it's superior to the store bought because it doesn't seize up in the fridge. 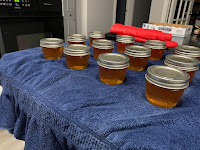 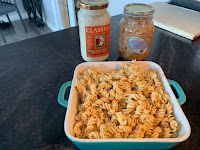 I've been trying to make friends with the crows... Seems instead I've just made beggars of the bluejays. 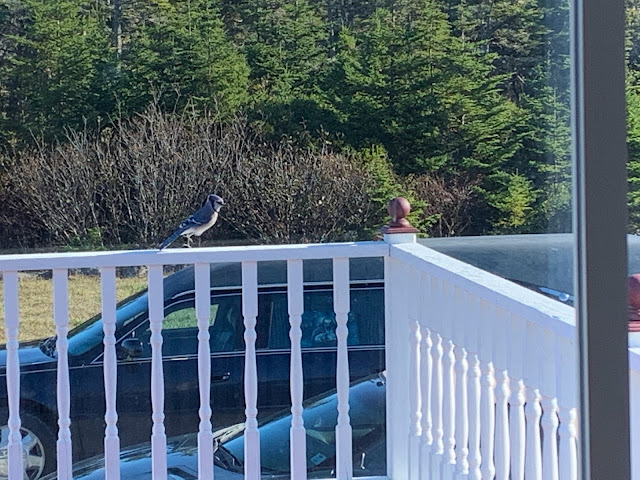