Woke up at 7:30 for breakfast and then took a walk around the parking lot before getting on the road. The view was not much to talk about. :-)
On the road at 9 for a three hour drive which got us to St. John with enough time for some lunch before getting in line for the ferry over an hour before departure.(as they request) 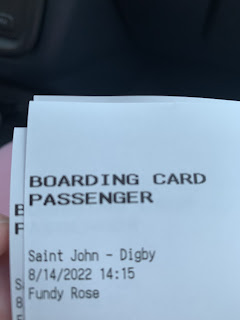 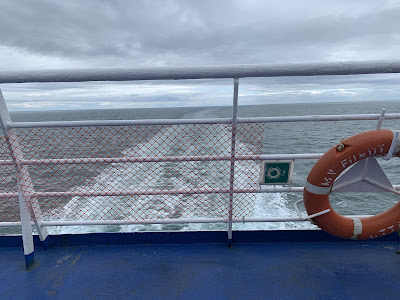 The ride itself was peaceful enough. We watched the departure from the open deck, wandered around a while and then grabbed some seats so we could both kinda doze for a while.  After arriving in Digby, excitement is finally starting to grow. This is our home province now. And as a new local I will share something that we learned the hard way.


Basically, you start loosing cell service and then suddenly the road gets SO bad. I mean, potholes taking up an entire side of the road and ruts deep enough to scrape any low car and the fact the road was so poorly built there is grass growing up though it most of the time for a few kms!

We had to drive 50 on a 80 posted road just to have enough time to break and swerve after we realised what was going on. When we did finally make it to Shelburne, the lady at the Inn was all like "oh yeah, no one uses that road it's just so bad" and I was like, "Well nobody told google." But Yeah, Seriously..... do not.
We did get here safely by 7:20pm and managed to get a quick takeout order at a chinese food place before they closed at 8. Every restaurant here that was open (most of them seem to be breakfast & lunch only), was closed by 8. Even the grocery store closes at 9pm.
We are safe in our cozy room at the Inn and look forward to sleeping in tomorrow as our meeting with the lawyer isn't until the afternoon. 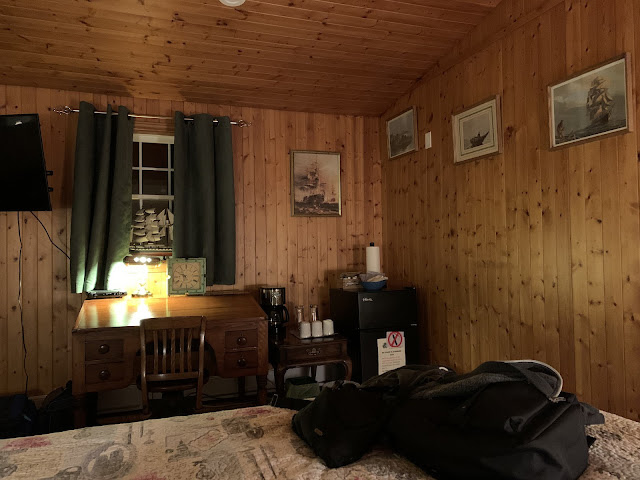