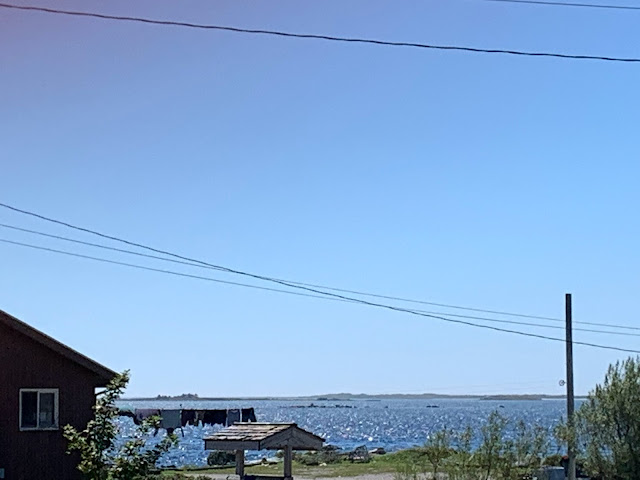 I took a nice ling walk into town to drop off a library book and mail something Thursday afternoon.

Unfortunately, on the walk home the wind stole my hat, dropping it in a a fast moving stream, which promptly washed it out to sea... :-/  It wasn't a sentimental hat so I can just get a new one but... arg.

Hugslut took Friday off work for errands so we could drive to Yarmouth and get the plates for the hearse during business hours plus stop in at Canadian Tire and Shoppers.

Unfortunately, they didn't tell us last time we were in that they'd need the receipt from when we bought the hearse... so that was an extra hour home and another hour back out to Yarmouth before we could even start our day. This meant that by the time we were done at Canadian Tire I was tired and snippy... not fun.

When we got home I decided I really wanted a shower, so I googled how and removed the weird twist to open drain-plug that we didn't like and put in a hair catcher. Then I followed the directions to install the new tub diverter we bought that day.

Unfortunately, a little dent in the pipe from the previous guy over-tightening made a weak spot, so when I (very carefully mind you) installed our new diverter, the dent became a hole that leaked water, and it was quickly apparent I was not going to have a shower that night. 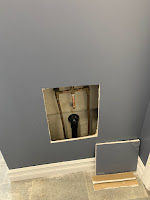 On Saturday morning the plumber came back to fix it. He replaced the damaged pipe and even completely installed the new diverter for us.

Unfortunately, in order to do this work, he had to go through the wall. It's a very tidy hole and we're considering if we want to re-drywall or just make a tidy access door there. When he was done we found out the caulk/silicone stuff needs time to cure properly and not to use it for at least a few hours.

While the plumber was doing his thing, Hugslut and I were looking at used trucks online.  There were a few that were the type of thing we were looking for but one really caught my eyes. It was a 2010 Ford Ranger with decent KMs on it and it was a manual(which is something we wanted). It was even within the price range we were hoping for, AND they'd deliver it to us. (Which is helpful since i don't drive yet.)

Unfortunately, in order to test drive it, we had to drive 3 hours there and 3 hours back. It was a cute lil truck and I like it a lot. We did wind up buying it and they'll be delivering it after we insure it. But it was after hours on a Saturday when we wound up signing for it so insurance will have to wait until everything is open again on Tuesday.

On the way home we stopped in at a nice little place called The Boxing Rock in Shelburne for some food. They have craft brews and the BEST nachos I had ever had.

Sunday I did up a dinner meal plan for the week and we went grocery shopping. We chatted with Mum in the late afternoon and then had dinner and looked online for some more stuff. I swear, moving without furniture has got to be THE most expensive thing I have ever done.

I mean, I'm glad we get to slowly fill this house with only the things we want and didn't drag the crumbling dining room set across the country just so we'd have something right away. But I am staring to think it will be this time next year before we're close to done. That said, we did find me a nice desk for my office.

Today was Labour Day Monday, and also the date of our slightly delayed quarterly "Summit Meeting". We started the tradition in 2018 and it's morphed over time with us. I felt kinda silly at first having a business type meeting for the home, but over the years we have used it to great effect. A month is usually too short a time span for big projects, so it's been great to have that reminder once a season of "Oh yeah, I didn't do that yet? Okay I'll get on it." and the budget/expenses portion of the meeting is half of what I credit for our quickly saving for the house.

Anyway, we decided it was such a nice day we'd sit on the deck, and partway through the meeting we had a random neighbour drive up. She had heard from her sister that we had bought the place her friend used to live in(previous-previous owners) and she just popped by to say hello.

Everyone is so friendly here. It's a huge change from living in the same place for years and not really chatting with anyone. I'm liking it... it's just a little hard to make the switch. 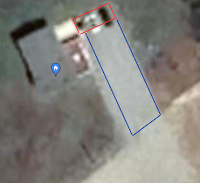 Before dinner Hugslut decided it was time to start on her big project of un-gravel-ing part of the driveway. We've decided we are not going to put the money into bringing the garage up to code as a garage and instead will do something else with it later. This means that a large swath of gravel is currently in the way of future green-space. So far she's committed to moving the gravel in the red square..... We're still in negotiations regarding the blue square... lol.
There would still be a path to the house at the back and I'm planning one for the front too.
Hugslut did a BUNCH of shovelling today. This strip filled 2 wheelbarrows! It was moved to bare spots.
After dinner we went down to the beach to watch the waves crashing in. There's likely a storm tonight.
I'm glad to be done with this very long weekend. 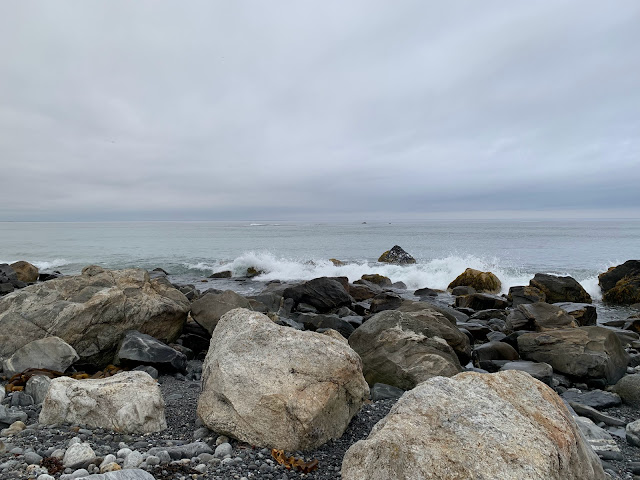