Busy As A Bee

I kept hoping to be done with the canning so I could have a nice lil before and after for you but... well, here's what happened.
We were out running some errands on the Saturday the 10th, and on the way home I spotted someone bagging up deer apples! I was already planning on getting some deer carrots but the apples got me excited. We popped over to the bank to get some cash and by the time we got home we had three bags of food.

Now they're called deer apples and deer carrots because they're "2nds" from the farm. the stores wont take them because they're too large, or too small, or bruised, or in the case of some of the carrots, forked or broken in half. The hunters around here use these bags of food to lure deer which makes for an easy shot so they're less likely to injure the deer and more likely for it to just die quickly.
Although I applaud their ingenuity.... I'd rather sort through and put-up/preserve some food for humans.
This next bit was over an entire week...
After sorting out the clearly bad apples and washing the rest I loaded them in grocery tubs for later.

After the carrots I was..... too optimistic? Apples require a LOT more work. I spent a lot of time peeling and coring on Sept 13th and then letting the apples cook down. I think I must have put too much water with them because it was apple sauce texture by bed time and I put it through a sieve to remove any missed seeds/chunks... and decided to pick it back up in the morning.
It was a blustery morning so I was happy to spend it in the kitchen. With a timer reminding me to stir every 15 minutes, I spent most of Sept 14th cooking apple sauce down into apple butter.
Eventually both of those reduced by half and fit on the stovetop. I added the cinnamon and such, and then reduced by half again by the time it was thick enough. definitely too much water... But look at this!

I told myself the next batch would be more fulfilling as it's apple sauce and doesn't cook down as much.
Friday Sept 16th I spent the morning peeling and coring apples. When we decided to go into town for a long lunch instead of running the errands after work, we were greeted by and unpleasant surprise.
Well no time to deal with that then, so we went into town like we planned, picked up a few things including the slow cooker I had my eye on and went to the jeweller to get my wedding ring cut off.
My ring had been stuck on for a while now but I kept telling myself it wasn't a problem since I didn't want to remove it anyway.  The thing is, Hugslut's ring doesn't fit either and with mine so tight it was only a matter of time before something bad happened.
We have plans so we aren't walking around ringless, but for now, my finger feels really naked.
Because I had a crock pot now I decided to try and give apple butter another go while I was busy with peeling and coring for apple sauce.

Late afternoon Sat Sept 17th, Hugslut tackled the problem of the broken shed door by bending hinges back into shape, repositioning them, rehanging the door(with my help to hold it steady), and on top of all that, creating better interior locks to hold against the rattling of the high winds here. Very proud of her. :-) 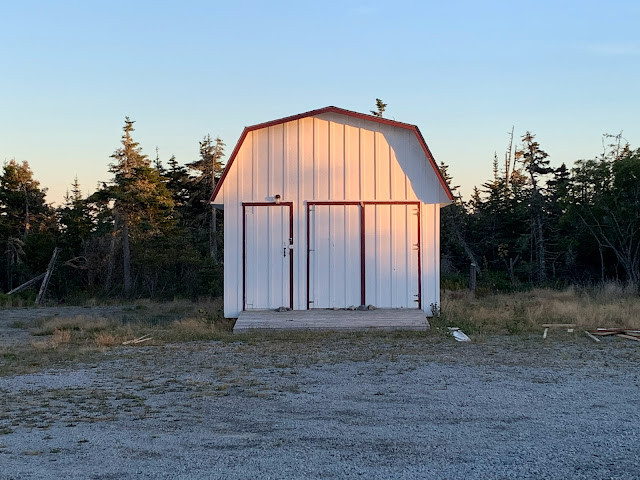 Went to bed that night happy with our work. My apple sauce seemed a bit odd and there had been a bit of siphoning but nothing a quick bath for the cooled jars couldn't fix in the morning. I turned down the crock pot and went to bed... only to wake up to BURNED apple butter. 😭
Looks like apple butter is one of those things you just can't leave to a slow cooker. It was heartbreaking to have all that work ruined. Don't know what I'm doing with the last half a grocery bucket of apples. Probably going to do lil bits of apple so we can have pie and such, but that won't be today.
Also, guess what I remembered exists AFTER putting in the effort for three batches of apples? These thing-a-ma-jigs!

Oh well. Next year. I am sick of apples for now. lol
The Vac-A-Vent guys came out today. Quality work and friendly folks. 👍
My desk arrived today too. Gonna need Hugslut's help to put it together tonight. Wish us luck! 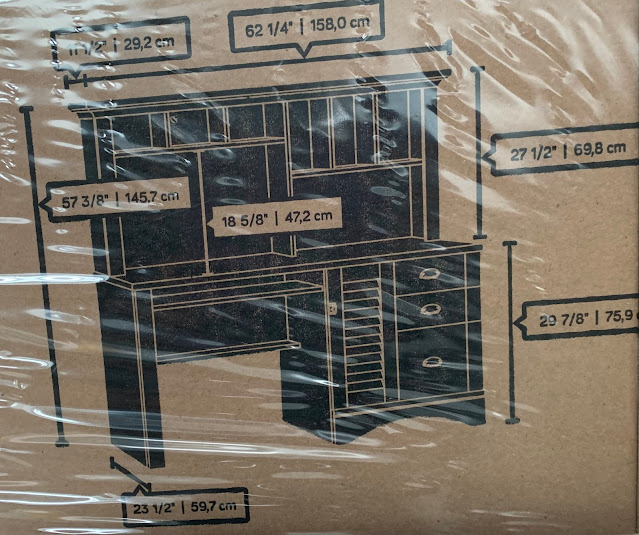