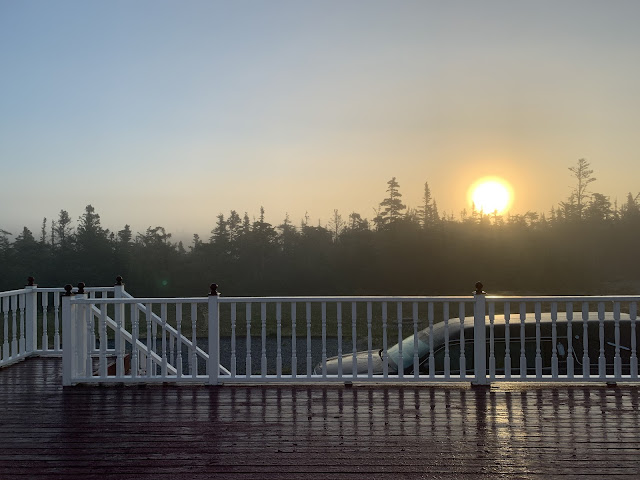 It’s 7am and the sun has just cleared the treetops. I’m up and dressed and the coffee is brewing much earlier than usual. I had been enjoying the slow pace of waking up at 8:30 but this morning my body decided I was going to be fully awake at 6:45.

Yesterday was a bunch of frustrations, and some successes.

It rained a lot so I couldn’t stroll downtown… but there was stuff that I got done around the house that’s been bothering me for a while.

The bolts I got for installing the paper towel dispenser were too long… but I got to use a rotary tool to cut and grind them down to a reasonable size. 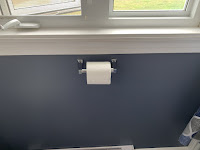 The bathroom wall where I tried to install a toilet paper holder started to crumble around the hole I drilled making the drywall plug just spin… but I got to use my ingenuity to create a solution for that. (Tiny zip tie holding tiny plastic q-tip sticks to the drywall plugs so they’d hold still long enough for the screw to make them expand into place)

As I was running around trying to piece together a solution for the toilet paper dispenser, I noticed the heavy rain had managed to leak into the basement. 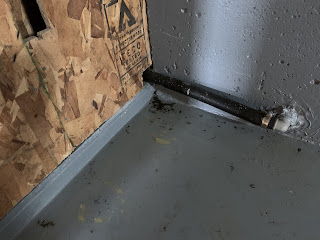 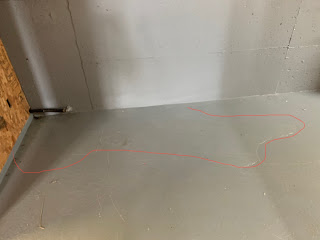 Hugslut and I checked overhead to make sure the obvious point of entry wasn’t a red herring but there were no pipes dripping, not even that one near the floor that brings the well water in. That big puddle was all thanks to this little gap.

It was even spewing little bits of dirt with the water. Since nothing was in immediate danger we decided to just pick up a can of sprayfoam when we go out for errands Friday. 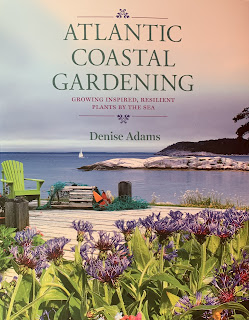 After all that it was lunch time and we got in the car to go down to the post office. We got a lovely care package from Mum including a new gardening book for me.

I’ve only had a flip through but it looks really interesting and has a lot of advice on the acidic soil, regular fog, and highly variable weather of the coast life. Thanks again Mum.

The post office also had our new ID cards as well as the appliance parts I had ordered.

After lunch I got the replacement wheels on the dishwasher rack so now it glides in and out smoothly instead of getting caught where wheels were missing. I also replaced the water filter inside the fridge. The old one was gross and from before the filter was put in downstairs so it had been doing some heavy lifting. I dumped out all the ice that was made running through this and now we should have good ice being made. 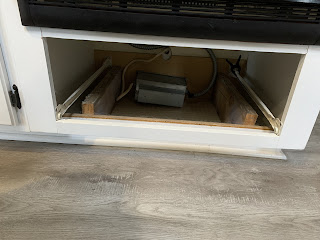 After those successes I turned my attention to the drawer under the oven. It’s just a cabinet drawer but for some reason the rail was bent and off it’s bracket. I bent it back into shape but it refused to stay on its bracket … so I used some handy dandy E9000 and clamped that sucker overnight. I’m also considering adding 2x4s behind the rails to make it impossible for the rails to bow out like that again. Currently they’re just hovering and that can be low stress.

After dinner we looked up some of the more unusual trash the last guy left us so we don’t get in trouble for throwing it out wrong and the half burned pile of random trash stumped us so I emailed the clerk at city hall to ask. We’ll just hang onto that for now until the path forward is clear.

So that was yesterday. It’s now 8am and I’m going to have some breakfast and start my day. Hopefully much less interesting. 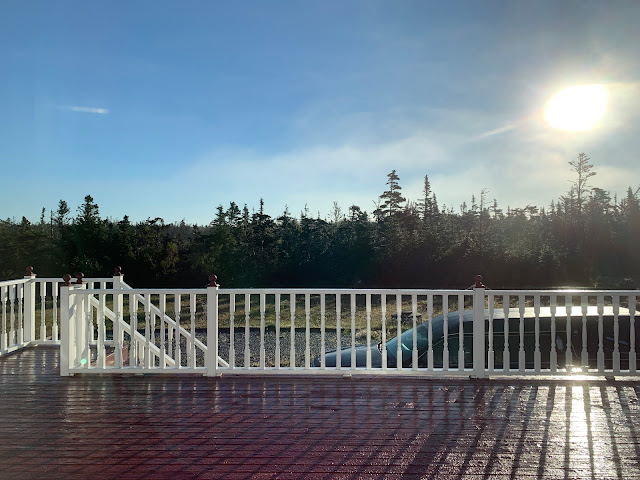